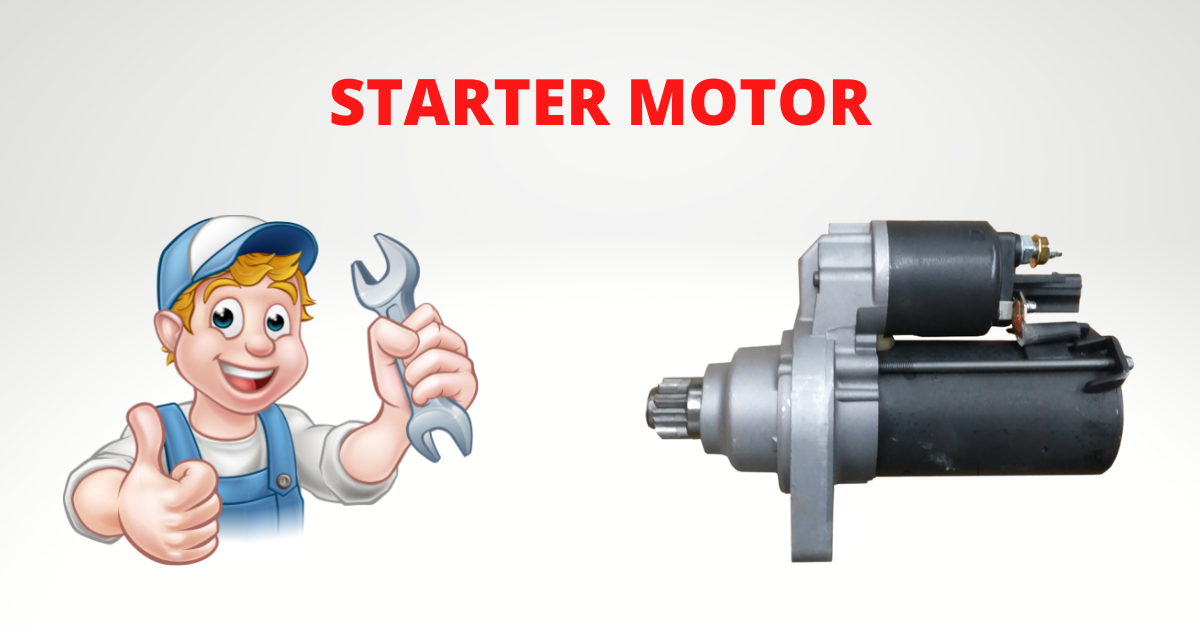 The starter motor is an electric motor that starts the engine by turning it over or “cranking” it. It’s made up of a powerful DC (Direct Current) electric motor and a starter solenoid that’s connected to it. A working starter is required for a roadworthy car because an internal combustion engine cannot start independently. Incorrect connections, malfunctioning solenoid switches, or a damaged single-pinion gear can all cause malfunctions. Below mentioned are some of the reasons why the starter motor fails.

1. Although it engages, the engine does not turn

There are a few possibilities if you turn the key and hear the clunk of the starting engaging, but the motor doesn’t turn. A loose or corroded electrical connection is the most common source of this problem. If the starter motor’s internal windings, brushes, or other electrical components are damaged, the beginning motor may not crank the engine. There could also be mechanical concerns, such as faulty bearings inside the starting or teeth in the starter or ring gear that is no longer meshing.

This problem can also develop when the starter gears, which connect the starter to the flywheel, are broken or worn out. However, a grinding sound can be heard from the starter motor itself. In any situation, there is no way to solve the problem. If you detect this symptom, the most significant thing you can do is take action. Because if a grinding starter isn’t replaced, it risks damaging the flywheel, which would be considerably more costly to repair.

3. Smell and noise while turning on

Electricity powers the starter, just like any other mechanical device. As a result, it’s possible that the starter overheats due to excessive and continuous power or that the motor won’t shut off even after the car’s engine has started. When this happens, it’s typical to notice smoke or a foul odour emanating from the engine compartment. This could be caused by a faulty ignition switch or a blown fuse.

4. The starter spins, but the motor does not

BELOW ARE THE TYPES OF STARTER MOTORS

These types of starter motors have mostly superseded direct-drive starter motors. It’s a permanent magnet that sends power from the pinion shaft to the armature. The armature spins faster and with increased torque. The purpose of planetary gear is to reduce gear, which reduces the need for high current even further. A sun gear is situated at the armature’s extremity, and three rectangular carrier gears are held stationary inside the ring gear.

The permanent magnet gear reduction should be lighter, easier to construct and generate less heat. Instead of field coil starters, it has four to six magnet field assemblies. The 12V solenoid has three terminals and is likewise heavy-duty, using less current. The commutator and brushes transfer current directly to the armature because there are no field coils.

Inertial starters turn a pinion and propel it forward towards the ring gear via centrifugal force. The pinion teeth lock into the ring gear and crank the engine while it continues to spin. Inertia starters have the advantage of automatically disengaging after the engine has started.

Finally, we’ve gone over the engine starter motor in detail and why it occasionally fails. We also learned about the various types of starter motors, their principles, and how they function. Hope it helps you!

What is an Ignition Switch?